The landscape of global risks in 2016 is broad and seemingly endless. Here are six (out of many) risk trends that businesses should keep an eye on as we move into the New Year.

The pace of technological development will increase this year, and with it, there will be new associated security challenges, political risks, and needed adaptations.

The battleground between open easy-access technology for the public and government surveillance of the bad guys is expanding after Paris and San Bernardino; renewing the debate over allowing government backdoor access to encryption technology. Expect this to become a key issue in 2016 as tech companies look to protect their customers’ privacy and the integrity of encryption systems designed to protect the public from criminal hacking. They will have to balance these concerns with reputation concerns associated with allowing greater government access, or not allowing it, and later having a product associated with a major terror operation or security incident.

In a similar vein, other types of disruptive technology will continue to upend traditional business models – from payment services to ride-sharing to the introduction of more artificial intelligence in business and beyond. In 2016, we may see movement of more of these technologies into financially promising emerging markets including Sub-Saharan Africa, Myanmar, and Cuba. The upside: an improved marketplace and competition driving better services and greater market access across the board. The complication: some technologies will render more traditional market places obsolete, threaten entrenched interests and disrupt social and regulatory contracts between certain sectors and their governments. This will be especially pronounced in highly regulated, heavily unionized regions of the world, but will also play out anywhere that disruptive technology renders old ways of doing things redundant and undercuts traditional pricing models. In 2015 – in Paris, Mexico City, and other cities, taxicab drivers protested (at times violently) at – what they saw – as an unfair advantage of ride-sharing services. We’ve also seen this to a lesser degree with other online service categories… and we can expect more of it – at a greater intensity – in the coming years as business and society adapts to a rapidly changing world.

If 2015 was a year for landmark elections, 2016 will be a year for seismic shifts in policy and implementation. Myanmar elected its first democratic government, Northern Europe shifted right while Southern Europe (Greece, Portugal, and Spain) shifted left, and Latin America moved substantially right.

Perhaps most remarkable is the shift to the right occurring in South America, largely on the backs of public frustration over mismanaged economies, sky-high inflation, and devalued currency. For Argentina, the shift will bring the country back into the international economic community and eventually lead to an improved economy. But it will take painful readjustments for this to happen. At the same time, Argentina’s ideological shift will chafe some old traditional partners like Bolivia, Ecuador, and Brazil – and influence flagging economic and political prospects of these governments too. Venezuela also saw a definitive shift towards the opposition, who now hold a parliamentary super-majority, setting the stage for a political showdown between President Nicholas Maduro and a newly empowered, but fiscally hamstrung, parliament in 2016. Brazil will see more political drama as the stage is set for a potential impeachment with the 2016 Summer Olympics just around the corner. In these countries political and social turmoil are almost a forgone conclusion while painful readjustments to economic liberalization are made and governments shift away from policies that have ravaged the economy, but provided a social safety net for the poor.

Meanwhile, in Europe, nationalist rhetoric and shifts away from moderate center left and center right parties will drive more political uncertainty. A looming potential referendum on a UK exit from the EU will drive public discourse and increase political risk for companies headquartered there, while political shifts to the left in Portugal and Greece may re-ignite discussion of a Grexit. Alongside this, refugees and terrorism will be central to political debate across the EU, but especially pronounced in France, Germany, the UK, the Netherlands, and Belgium.

In Asia, Myanmar’s new democratically elected government will focus on economic development, and attracting foreign investment, but will have to come to grips with how to eradicate institutionalized human rights problems, reigning in militias, and preparing the population to be a 21st century workforce.

2015 will be another record-breaking year for refugee flows and internally displaced peoples. In 2014, the UNHCR said over 59.2 million people were displaced by conflict and war across the globe – the highest on record since World War II. 2015 is expected to surpass these numbers. Syrian refugees make up, by far, the largest share of refugees, followed by Afghans, Iraqis, and Eritreans. These displacements – the result of war and insurgency, economic distress, and natural disasters – challenge internal stability of countries where large displacements are occurring, international politics, and overweight social-welfare systems as third-countries cope with the influx of refugees.

2016 offers only dim hope for a settlement of tensions in Syria, with the conflict ever widening. With old alliances in the neighborhood challenged by the complexity of fighting a multi-faceted conflict in which no one can agree definitively on who the good guys are (although most agree that ISIS is one of the bad guys), the potential for increased problems between parties involved is rising. As the conflict widens, we expect the flow of refugees to continue, even amidst new agreements between Turkey and the EU to limit refugee flows into Europe.

Meanwhile, increasing nationalist rhetoric, protectionism, and physical barriers to keep economic migrants and refugees from entering third countries will increase political risk, put the Schengen agreement in jeopardy, and dim prospects for full economic recovery in the EU and Baltic States. We expect legislation to follow the nationalism trend, making it more difficult for migrants and refugees to settle in or to find work in third countries, and increasing regulatory risk for companies whose EU business model is predicated on an open borders policy.

Oil prices continue to drop. OPEC’s last meeting erased any hope that the group would implement measures to stop the free fall of prices, leaving 2016 looking bleak in the oil patch and bleaker for petro-states like Venezuela, Nigeria, Angola, Saudi Arabia and Russia. Add to that, rumors that the US may drop the oil export ban in 2016. Good for the free market, bad for petro-economies who will have increased global competition. In 2016, these countries will need to diversify their economies, drop energy and electricity subsidies taking up too much of the state budget, and will almost certainly see more social and political unrest over dim economic prospects. Most likely among these is Venezuela where a new government is likely to push for substantial market liberalization and/or the ouster of President Nicholas Maduro. Both of these scenarios could bring long-term improvement, but more short-term pain for ordinary Venezuelans. In Russia, continued economic distress may lead to stronger internal state security measures, particularly if Putin’s approval rating drops over the prolonged period of economic malaise.

Prolonged ultra-low oil prices in the US will be good for companies with heavy overland supply chains and high energy costs, but will be hard on states with entrenched oil and gas economies, like North Dakota, Texas, and Colorado. Increasingly, the effects of the downturn will spread out to the industries that service the oil and gas sector, including banks with energy sector heavy portfolios.

With sanctions dropped in early 2016 (assuming IAEA compliance) Iran may be an outlier, adding significant cash flow into the economy as frozen assets are released back to the country and some business resumes with the west.

While we are focused on “global trends” we can’t ignore the potential global implications of slow-growth in China, especially with so many clients with value chains that begin in China. While no one has predicted an outright crash of the Chinese economy in 2016, the opaque and at times – stage-managed – nature of the Chinese economic system leaves us concerned about what we don’t know.   Increased labor unrest is anticipated as employment levels slip and some companies move their operations to cheaper overseas destinations. China’s government can be expected to make liberal use of new security laws that allow the state wide-berth to crack down on unrest and social disruption. These laws may also intensify scrutiny of foreign business in China and increase anti-competitive regulatory practices. A more pronounced slowdown in 2016 would also challenge economic recovery for other countries with heavy investment from China, including many in Sub-Saharan Africa and South America.

US Presidential Elections and Opportunist Actors

Like it or not, US Presidential elections are watched the world over. As the debates ratchet up and the big issues are debated in public, global perceptions of the country ebb and flow with the candidate that is receiving the most airtime. Foreign governments take notice, ordinary people take notice, and so do non-state actors. What this means for global issues is that there will be an added filter on public discourse – and unfortunately, it will mostly serve to oversimplify complex problems and divide the public over how to address these very serious issues. Global issues we expect to see play out on the election debate stage this year and become key election drivers include immigration and migration, technology and security, terrorism, and the Paris Climate Agreement.

We would not be surprised to see strategically timed power plays from Russia, China, North Korea, or other countries who may feel that the current US administration will have a more predictable response than an incoming President with a harder foreign policy stance. We also anticipate more attempted attacks from terror organizations potentially with timing and location selected to achieve maximum political advantage and capitalize on increased fear of terrorism in the US and Europe.

Thank you for a great first year!

Here’s what we’ve been up to!

I am so excited to roll out our first newsletter and new website today with a huge Thank You to everyone who has supported our journey this year from a one woman analysis consultancy to a full fledged risk intelligence firm. 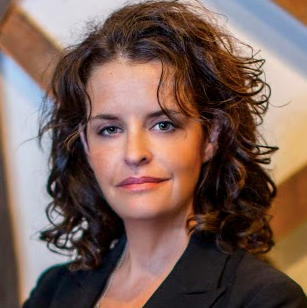 Since August of last year we have:

I can’t stress enough how important the support of friends, family, peers, and clients has been this year. Along the journey that is starting a business, there are many bumps, bounces, and unplanned for detours. Without the constant support of friends and family, colleagues who sung our praises and recommended us to others, and professional partners who offered an encouraging word and fantastic advice, none of this would’ve been possible. Like raising a child – building a business also takes a village.

And today we are rolling out our new website!  We’d like to draw your to attention a couple of features that may be of interest:

So thank you again for making this year possible.  We are so excited to see what is yet to come and to contribute to your success as you have to ours!